A Duck In Every Pot Tonight

While doing some research on the Huron Milling Company, I came across these two news stories this week that I thought I'd share.

The first one was found in the Yale Expositor, published 20 December 1907 on page 4.

Guess there was a duck in every pot that night.

I wasn't able to find any evidence that the story was carried anywhere else in the nation, but I sure would love to find that original article from the Bad Axe Times some day.  Also, does anyone know why Dr. P.O. Wagener would have been the one answering all the questions?

If anyone has additional information about this event (or any others they'd like me to research), please email me at cuznamy@gmail.com or add your comments below.

Thanks for stopping by. 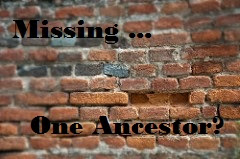 Here is what I know currently:

John "Minard" was born about 1865 in Huron County, Michigan.  His mother would have been Sarah Riley.  His father is either Adam Minard (provided Adam died later than 1861) or is unknown.  In the 1870 census, John is listed as John Wilson, age 5 and living with his mother and all nine siblings.  In the 1880 census John is listed as John "Minard", age 15 and is living with his mother and six siblings.  By the 1900 census, John would have been about 25 years old and likely living on his own but I have not been able to find either John Minard or John Wilson listed in Huron County, nor in any later census records. Nor have I found a death record for either name.

Analysis of evidence gathered so far:

Sarah (Riley) Minard is a widow is living in Huron City, Huron County, Michigan (New River Post Office) with nine children ... all using the surname Wilson.  According to previous research, Sarah's husband Adam died about 1861, so the father of at least the two youngest has been in question.

The youngest two children in the 1870 census are John "Wilson", age 5 and Sarah "Wilson", age 2. Living next to the family is William Wilson, age 52, farmer, born in Ontario. Further research provided evidence that Sarah Elizabeth Wilson, was born to William Wilson and Sarah Riley.  Additionally, Sarah appears to have used the maiden name Wilson (instead of Minard) throughout her life.  I have not been able to find a birth record for John yet.

1880
In the 1880 US Census, Sarah is living in the township of Huron, Huron County, Michigan with six children, all listed under the surname Minard. Additionally, there is no William Wilson in Huron Township, so where William (the father of Sarah) has gone needs further research (As a side note, there is a Boarder living with the Dwains family in Caseville, but further research would be needed to tie this William to Sarah's father). The youngest two youngest are John "Minard", age 15 and Sarah "Minard", age 12.

1894
Further research in the 1894 State Census of Michigan may shed additional light on the location of the youngest children.

1897-1920
A quick look up of death certificates on Seeking Michigan's website (for the years 1897-1920) for "John Minard" turns up no results, while a search of  "John Wilson" gives me 129 results. But when filtering it down to Huron County, I get no hits.  With a filter of birth year of 1865, I get three hits which at initial view do not show any other connections to Huron county or any of the Minard, McLean or Smith families.

If he died after 1880 and before 1900, why isn't he buried in the New River Cemetery where the family was living and other family members were being buried?

1900
By 1900, Sarah (Riley) Minard is living with her widowed son George in Port Austin, Huron and Georges two living children Maggie and Stanton.  Sarah Elizabeth (Wilson) McLean has married and is living in Winsor, Huron, Michigan with her husband John Angus McLean and their five children.  One of the questions on the 1900 census is how many children born and how many living as of 1900. Unfortunately, this question was not marked for Sarah Minard, so we can only go off the 1870 census showing a total of nine children being born, but unsure how many where living as of 1900.  There is a John Wilson, born 1868 in Michigan, living in Washburn, Bayfield, Wisconsin apparently working as a day laborer with the railroad. His mother was born in Ireland and his father in New York (which is not where William Wilson was born, but may have been were Adam Minard was born), but nothing else seems to be a match at this time to other known facts.

1935
By 1935, according to the obituary for James Harvey Minard, James is survived by two brothers Adam (of Detroit), and Albert (of Alabaster), and two sisters Jane Smith (of Elyria, Ohio) and Sarah McCleon (of Detroit).  There is no mention of John as either living or deceased.

Questions to be answered:
As always, I am looking to connect with the decendants of Adam Minard and Sarah Riley Minard, so if you are related please contact me so we can share information.

Thanks for stopping by. 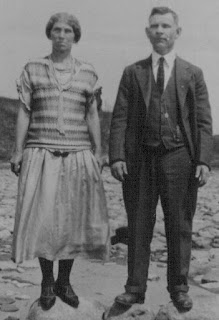 She married William Edward Arntz, son of John Henry Arntz and Nancy A Stewart, on September 17, 1900, in Buel, Michigan. They had six children in 15 years. 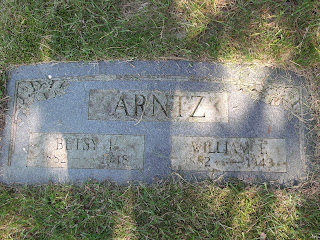 Find A Grave Memorial page
Posted by Amy K at 8:30 AM No comments: 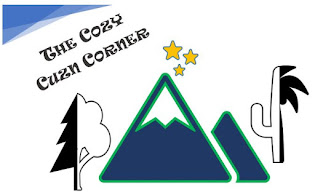 This work by @CuznAmy is licensed under a Creative Commons Attribution-NonCommercial-ShareAlike 4.0 International License.
Permissions beyond the scope of this license may be available at www.thecozycuzncorner.blogspot.com.